For several decades, cable television was our go-to option for getting quality TV shows. Designed for specific audiences, there was sure to be content that satisfied all needs. However, with the advent of technology, cable TV grew redundant and most consumers chose streaming services over it due to its ability to “pay for what you want”.

While cable TV still comes with some excellent shows, you no longer needed to pay for “bloated” cable package subscriptions to watch them. Yes, in case you haven’t yet guessed, we are talking about cutting the cable cord to watch your favorite shows in favor of Internet streaming services. But with so many options out there, how do you know what the best streaming service for live TV is? The answer reduces to three choices, Sling TV, Hulu + Live TV, or Fubo TV. Continue reading and we’ll do a deep-dive into these three premium services so you can decide which one is best for you! 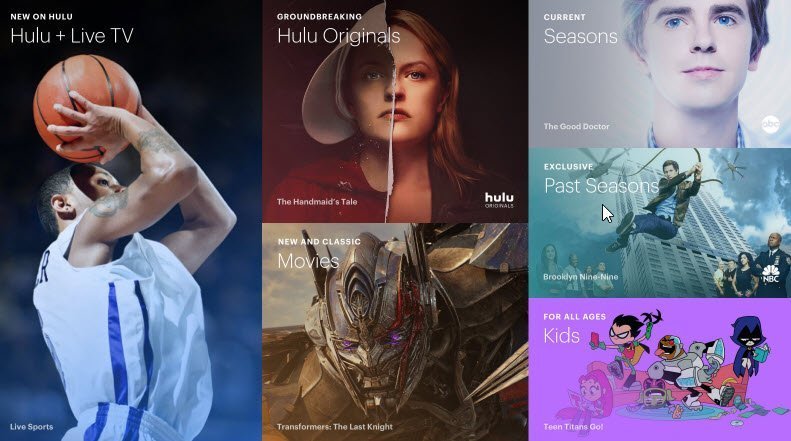 If you’ve been doing any research on the topic thus far on streaming services, it is only likely that you’re familiar with Hulu. Hulu’s history dates to a decade and it is fondly remembered for rolling out excellent content. Over the last couple of years, Hulu has rolled out some great content thereby evolving as a top streaming service whereby you can watch your favourite shows without paying extra.

The conventional variant of Hulu is similar to Netflix in the way that it gives you access to shows from leading networks like ABC, Fox and CBS. By just paying $5.99 every month, you’d be able to watch the top shows across the globe. The only downside? These shows will be available only after 24 hours from the live streaming of the original show. Hulu + Live TV is an excellent upgrade to our conventional Hulu. It offers plenty of compelling additions beyond the conventional Hulu, and at a price tag of $44.99 a month, it seems quite reasonable.

Ideal for new or existing Hulu subscribers who are looking for an upgrade, Hulu + Live TV comes with 65+ live TV channels along with Hulu’s original library of content. What’s more, you can seamlessly stream to two devices at the same time with this service. The biggest highlight of this service is the Cloud DVR option that’ll allow you to record the live shows and watch them later according to your convenience. In case you’re wondering what channels are included in Hulu + Live TV, here’s a quick sneak peek!

You can access FXM and Turner Classic Movies with Hulu with live.

Hulu + Live TV comes with a complimentary 7-day trial. Right after that, it is priced at $44.99 for every month. At this price you can access the entire streaming library of Hulu. However, you want to access live TV and the on-demand library of the streaming network- you will have to shell out $5 to $10 more. 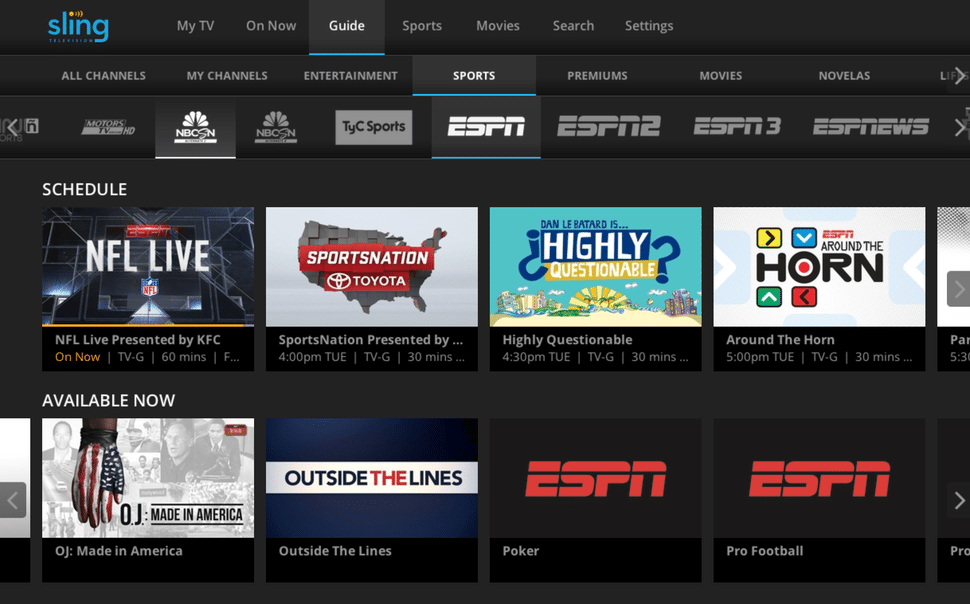 Sling TV was one of the very first contenders in the cable-replacement industry. When it was launched for the first time, the streaming service came at an attractive price of $20. At this price point, you could watch some basic cable channels without the bloated cable bill. At that time, the entire thing seemed like an unconventional experiment; but right now, Sling TV has evolved as a comprehensive streaming service that includes plenty of good “cable-like” channels. Unlike Hulu + Live TV, I found the interface of Sling TV a little tricky to navigate at first.

In fact, if we compare both, Hulu’s interface seems to be a little be more palatable than Sling. But the wonky interface does not undermine the content offered by this streaming service. Yes, unlike any other service, Sling TV offers you some of the best, top-rated premium channels starting at a monthly cost of $20. Here’s what you can watch with Sling TV.

Some of the premium channels include Starz, Encore, Showtime, Epix, and others.

Unlike Hulu + Live TV, that has a single plan for one month, Sling TV comes with three different packages. Here’s what you need to know about them. Sling Orange – Priced at $25, Sling Orange is a monthly package that includes premium channels like ESPN, BBC America, TNT, CNN, AMC, HGTV, Comedy Central, History Channel, A & E, IFC, and Food Network to name a few. Sling Blue – Priced at $25, Sling Blue comes with more channels than the Orange variant.

The biggest highlight of Fubo TV is perhaps the fact that it includes almost every leading sport league at your college, local, national, and even international level. What’s more, it is also compatible with multiple platforms. While it can be slightly expensive like your standard cable TV, Fubo TV manages to offer an excellent experience to sports enthusiasts. It’s only downside? The service doesn’t include all ESPN channels.

Sports, Entertainment and News under One Umbrella

Like Hulu + Live TV, Fubo comes at a monthly plan of $44.99. That said, you can, however, enjoy a free trial for 7 days before finally opting for the service. Like other best streaming service for live TV, Fubo TV too comes with plenty of add-ons starting from $4.99 a month, ranging up to a whopping $28.99 a month. These add-ons include Cloud DVR Plus, family share, Fubo Cycling, Fubo Extra, International Sports Plus, Sports Plus, Adventure Plus, Showtime, AMC Premiere, FX Plus, NBA League Pass, Latino Plus, RAI Italia, and Portuguese Plus.

So, now that you’ve checked the reviews of the best streaming services available, which one do you think is worth a shot? Well, in our opinion, Fubo TV is perfect for all sports and entertainment enthusiasts. It includes a wide range of quality channels like AMC and BBC that Hulu + Live TV and Sling TV fails to offer. That said, it doesn’t include that much news coverage, nor does it include the ESPN channels. The pricing of Fubo TV too is slightly on the higher side.

If you enjoyed this article, please consider clicking on one of the product links to help support my efforts so I can continue to deliver more great content for everything HDTV and cord-cutting. Be sure to check out some of my other equally interesting articles below!