There are few Android boxes that run the Google Android TV OS. The two big exceptions to this are the NVIDIA SHIELD TV and the Xiaomi Mi Box

promises to be a major contender in this arena and cord-cutters like us should pay notice.

Governments and ISPs across the world monitor their users’ online activities. If found streaming copyright content, you could get into serious legal trouble. Currently, your IP [ipt_address] is visible to everyone. I strongly recommend that you get the best VPN for streaming and hide your identity so that your entertainment doesn’t take a turn for the worst.

Here are the reasons why you must use a VPN all the time.

I personally use and recommend you use one of ExpressVPN, NordVPN, IPVanish or PureVPN. They are the fastest and most secure VPNs in the industry.

is going to beat out the NVIDIA SHIELD TV in a hardware competition. The simple answer is, it’s not…and it’s not trying to.

At around $75.00, this box intends to compete more the Xiaomi Mi Box. My first impression and judging from the hardware specs it will easily do that. Let’s take a closer look.

boasts the following main features that makes it an ideal choice for those looking for the Android TV features at a price point that won’t break the bank. 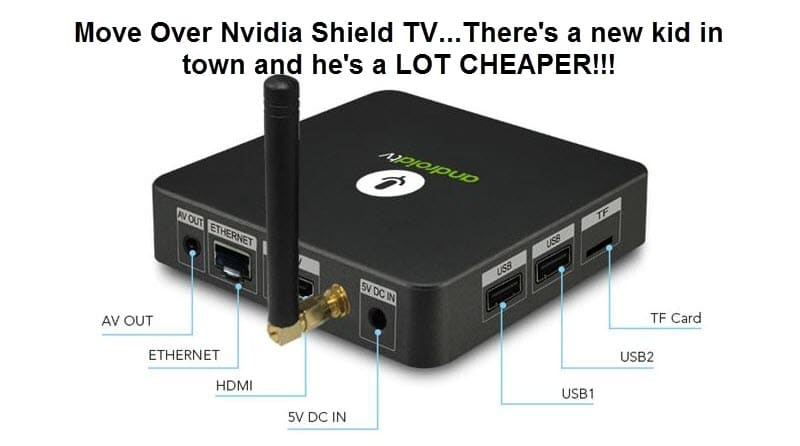 Right away we see that the MECOOL KM8 2018 New Generation Smart Android 8.0 Box

boasts some pretty good spec’s for a streaming box running the Android TV operating system for around $75.00.

Let’s take a look at some of the general specifications.

Now let’s look at some of the supported media in this box.

promises to be another great addition to everything cord-cutting. With voice control, and easy 4K streaming it will be hard to ignore this little guy.

If you enjoyed this article, be sure to check out some of my other articles today:

And if you haven’t already done so, be sure to check out my Top 10 Antenna Picks for this year and leave me a comment!

Sell Your Photos for $$$